The home was built by William Watson, an early settler of Pittsfield and a member of the Whig party. Watson sold the home to Milton Hay who had studied law under Abraham Lincoln in Springfield and practiced law in partnership with Edward D Baker in Pittsfield. Lincoln aided Milton Hay in several legal cases here in Pike County.

In 1850 Milton Hay’s nephew John Milton Hay came from Warsaw, Illinois to live with his uncle in Pittsfield while attending the John D. Thompson Academy.  The future presidential secretary to Abraham Lincoln resided with his uncle until 1855 when he went east to attend Brown University.

Please feel free to park and take the time to read the Wayside Exhibit that is in front of the home.

Proceed to Stop 2 by just driving forward to the next house located on the north side of the street. 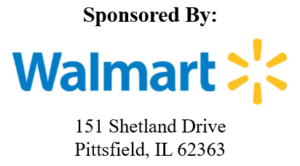