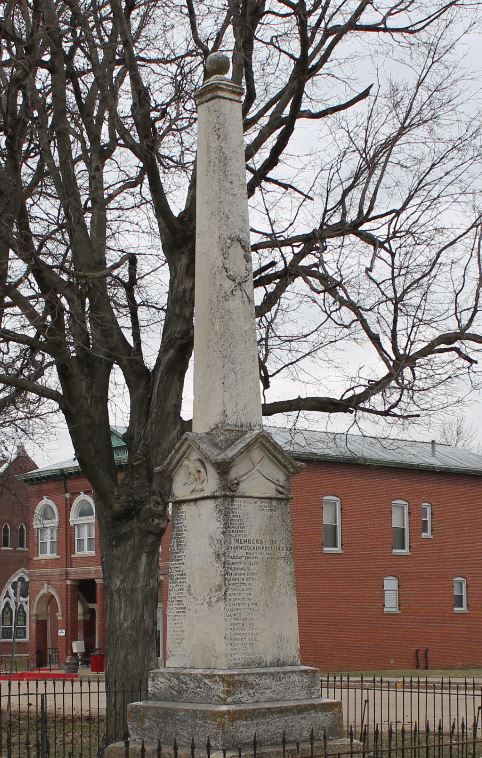 Once you reach the intersection of Rogers & Main continue straight one block to Mason St. Make a right Lafayette Park will be on your right. The Civil War Monument is located on the West side of the park.

Thomas a. Retallick was born in Straightsville, Ohio on March 30, 1854. He was the son of Francis and Catherine Withely Retallick. When Thomas was ten America was four years into a bloody civil war. His father had enlisted in Company F of the 122th Ohio Infantry on August 22, 1862. During the Petersburg Campaign Francis became sick with remittent fever and died in July of 1864.

The monument cost $1,000.00 and contains the names of deceased Civil War veterans from the area. It was dedicated on May 24, 1884. Along with the names the monument displays crossed sabers, an eagle holding crossed arrows and flowers, crossed muskets and a cannon and stacked cannonballs.